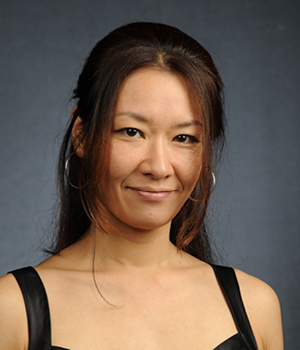 I agree with what Magda Tagliaferro once said: ‘it is possible for one to live without music, but it would be a bad life’

Born in Hyogo-ken, Japan, Ayumi moved to Brazil in 1977, when she started to have piano lessons. At fifteen, she performed her first solo recital at MASP, São Paulo Museum of Art, performing Bach’s Brandenburg Concerto No. 5. Two years later, she performed in her native country in recitals dedicated to Brazilian music alongside her teacher, Junko Yamakawa.

Ayumi studied at São Paulo Music School and Magda Tagliaferro Foundation with Maria Eliza Bologna. She has participated in festivals, masterclasses and had lessons with teachers and pianists such as Paul Rutman, Paul Badura-Skoda, Gilberto Tinetti, Flávio Varani, Paulo Álvares, Olga Kium e Eduardo Monteiro. She graduated from Mozarteum College and obtained her master’s degree from University of Campinas, under supervision of Eduardo Garcia and Mauricy Martin. With a grant from the Vitae Foundation, she graduated in Harpsichord under Ilton Wjuniski at Magda Tagliaferro Foundation, where she’s been a piano teacher since 2000.

As a chamber musician, Ayumi has received awards in several national competitions and performed as a soloist with São Paulo Philharmonic, Orquestra da Rádio e Televisão Cultura and São Paulo State Orchestra (Osesp), where he she has also been working as a guest keyboardist.