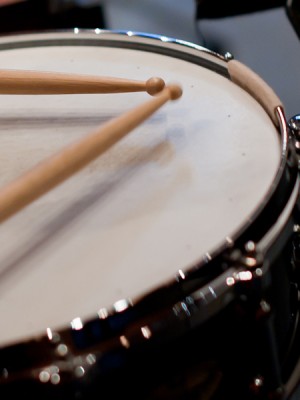 Music is essential to the survival of a human being, inasmuch as it provides, in addition to hearing and aesthetic delight, a unique experience of introspection and self-knowledge which is capable of bringing inner peace and happiness.

Daniel began his studies in percussion in 1992 at São Paulo Music School under Professor Elizabeth Del Grande. In 1997, he obtained his BA in Percussion from São Paulo State University (Unesp), under John Boudler, Carlos Stasi and Eduardo Gianesella.

The musician was a member of PIAP, a percussion group from Unesp, with which he recorded the album Obras Brasileiras Inéditas para Percussão. From 1999 to 2007 he was timpanist of the Amazonas Philharmonic Orchestra. He has appeared in nine editions of the Amazonas Opera Festival, including the staging of Wagner’s Der Ring des Nibelungen. In the same period, he taught at Cláudio Santoro Cultural Center and at Amazonas State University, and held several concerts as the director of percussion groups in the same institutions.

Daniel has participated in music festivals and percussion meetings in several cities in Brazil. He has perfected his skills in masterclasses with renowned teachers, including Vic Firth, Ney Rosauro, Eduardo Leandro, Christopher Lamb, Ricardo Bologna and Leigh H. Stevens.

Daniel is Principal Assistant of Percussion and Timpani in the Minas Gerais Philharmonic since 2008.