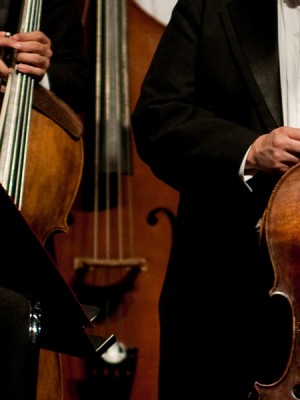 Lina Radovanovic completed the School for the Musically Gifted Children course in the town of Cuprija, Serbia. She graduated in 2007 from the Faculty of Music in Belgrade, under Professor Dejan Bozic. Lina received several awards, including third prize of the International Competition Petar Konjovic in 2000 and first and second prizes at the Republic of Serbia Competition in the 2000 and 1998 editions respectively.

Ms Radovanovic participated in the Chamber Music International Seminar in Italy in 2004 and during the event, performed in several cities of Italy, Slovenia and Austria. She took the course Introduction to Baroque performance practice with Professor Ruben Dubrovski at the Austrian Academy. She also participated in the first and fourth editions of the International Festival of Cello in Belgrade and perfected her skills in masterclasses with Alban Gerhard, Mark Kosower and Mineo Haiyashi, among others.

Lina has been a member of the string orchestra Dusan Skovran in Belgrade and of the Sarajevo Youth Orchestra in Bosnia. For three years, she has served with the Belgrade Philharmonic Orchestra.