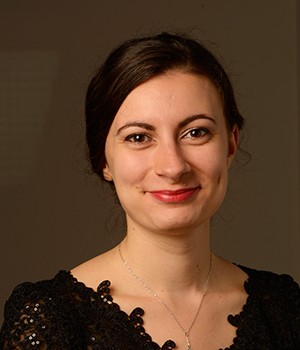 Since the age of five, Clémence has been passionate about the harp. She began her studies on the instrument with Isabelle Lagors in her native city of Cergy-Pontoise, France. Her love of the harp continued to grow, and at twenty years of age she commenced studies at the Haute Ecole de Musique in Geneva, Switzerland. After six years of studying with Florence Sitruk, Clémence earned, with honors, a Bachelors Degree in 2013, and a Masters of Pedagogy in 2015. She concluded her studies in 2017 with a Masters in Solo Performance, with her final concerto performance broadcasted live on youtube.

Parallel to her studies, she participated in various chamber music projects, and was a founding member of Ensemble Caravelle. The group’s projects explored integrating music and theatre, and in June 2016, Ensemble Caravelle received a prize « for music and stage art » given by the HES-SO (West-Swiss Universities).

Clémence has also taught the harp for many years and loves to share her knowledge with a wide range of students. In 2017, she was invited to teach to the young harpists at the Neojiba project in Salvador. Through that experience, she fell in love with Brasil, and a few months later, she joined the Orquestra Filarmônica de Minas Gerais.