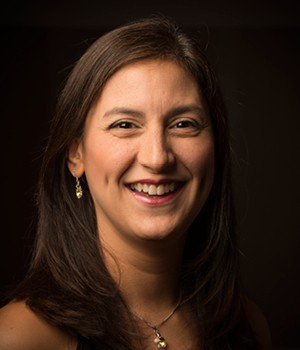 Joanna Bello was born in Caracas, Venezuela. She began her violin studies at the age of seven in El Sistema, with Iosif Czengery. In 1991 she received a scholarship to study at the Emil Friedman School, with Luis Miguel González and Emil Friedman. In 1996, with a scholarship from the Starling Foundation, Bello pursued her BA in Music with Andrés Cárdenes at the Carnegie Mellon University, in United States. In 2002 she finished a Master’s degree in Performance and another in Chamber Music at the University of Michigan, United States, with Stephen Shipps.

Bello was awarded the first prize in the violin competitions of Interlochen Intermediate Concerto Competition, in United States, and Juan Bautista Plaza, in Venezuela.

She took part in several music festivals such as the National Repertory Orchestra, Écoles d’Art Américaines – Conservatoire Américain de Fontainebleau, Campos do Jordão Festival, and Schleswig-Holstein Festival, in which she played for three consecutive years and went on tour in Europe and Japan.

Between 2002 and 2015, while living in Santiago, she joined the Chamber Orchestra of Chile, taught at the Music Faculty at the Universidad Mayor and founded the chamber group Ensemble Nuevo Mundo. In Brazil, she was concertmaster of the Camerata Antiqua, in the city of Curitiba.