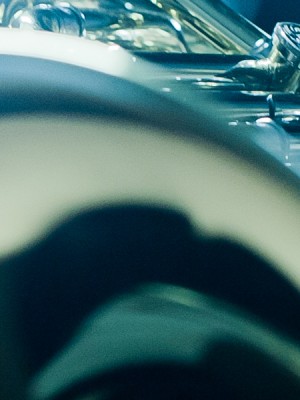 I love playing with other people and with the musical dialogue that happens when musicians are inspired by their way of playing. And playing the horn is so difficult that, to me, it is almost an extreme sport.

Alma’s relationship with Music began in her home state of Maryland, in the United States. First with the violin when she was six years old, and then with the horn, by twelve, studying with Olivia Gutoff. From 2002 to 2006, she studied with Jerome Ashby at the Curtis Institute of Music and, from 2006 to 2008, with William Purvis at the Music School of Yale University, obtaining in 2008 a master’s degree in Music.

In the summers from 2003 to 2005, Alma participated in the Pacific Music Festival in Japan, where she studied with Gunter Högner and Wolfgang Tomböck, both musicians of the Vienna Philharmonic. From 2008 to 2010 she was a fellow at the Ensemble ACJW, Carnegie Hall. In 2010, she helped found the chamber ensemble Decoda, dedicated to community engagement through music. At the same time, she also created DZ4, a wind quartet for oboe, clarinet, bassoon and horn.

When living in New York, Alma had a prolific freelance career, performing with the Orpheus Chamber Orchestra, the symphonies of Princeton and Delaware, the Talea Ensemble, the Argento New Music Project, the Jupiter Chamber Players and the Sebastian Chamber Players. Alma also performed for six weeks as Principal Horn invited by the Hong Kong Sinfonietta in 2011.