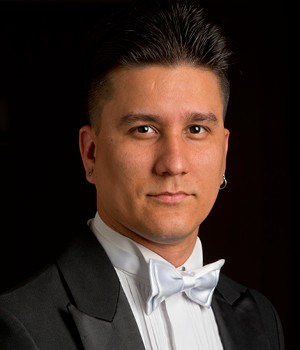 In my opinion, music is the most personal and exciting language that exists. It's able to touch the soul of people in so many ways... It motivates, inspires and transforms.

In 2003, Walace Mariano began his studies at the Claudio Santoro Cultural Center in Manaus, Brazil, under the guidance of Mauricio Silva and Miroslava Krastanova. Four years later, he moved to São Paulo in order to study at the Baccarelli Institute with Sergio de Oliveira. There, he joined the Academic Orchestra as well as the Symphony Orchestra of Heliópolis. He also studied at the São Paulo State Music School with Pedro Gadelha, who still contributes to his development as a musician.

Before joining the Minas Gerais Philharmonic Orchestra, he was part of the Fukuda Camerata, the Bachiana Philharmonic, the Academic Orchestra of São Paulo, and the Experimental Repertory Orchestra. He was also member of the São Pedro Theater Orchestra, where he performed as Principal Double bass in seasons 2013-2015.